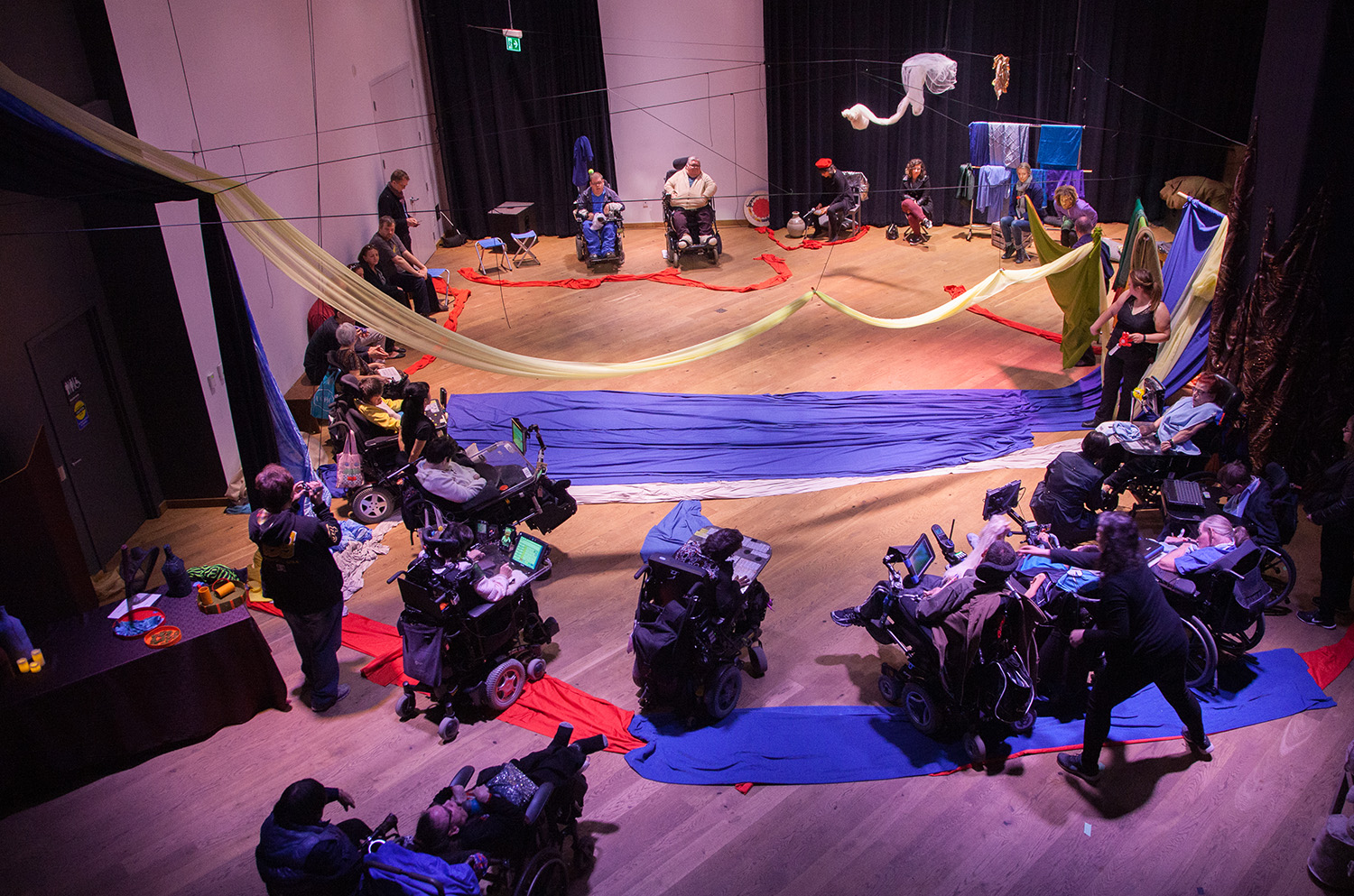 A mix of new participants and past experienced performers from Toronto and Hamilton, where each day was a unique day of improvisation. A world in Northern Ontario revealed itself. Inside the woods on the side of a ravine, we discovered that there were some cottages. There were some comedic exchanges and some family tussles around burnt food on the stove. With all the food present, there was an incident with a bear, who appeared from the woods and got into the cabin. Once resolved, everyone had to make it to the local town, as they were now late to get on the weekly propeller plane. Overcoming some obstacles, they eventually managed to get onboard. After a few starts the engines slowly fired up. The passengers boarded the plane and got comfortable in their seats, forming a line with 2 being strapped on the wings. Everyone started to listen and hear the sound of the propellers as the engines gained speed – willing them to have enough power roaring through the engines. With our imagination spinning, the blocks were pulled away from the wheels. The plane slowly started rolling forward, along the runway, gaining speed, until the it started to take flight. Peacefully the plane glided over the ravine, continuing offstage and out of the world created.

Day two the group was in George Washington country, where the white house was under attack, and Donald Trump was in disguise. It ended with a beautiful sunset, while some played the guitar, and we all listened to the beautiful music, as we watched the eastern seaboard burn to the ground.